IELTS, Pronunciation, and the Filipino "F," "V," and "TH" Sounds

In the IELTS speaking test, one criteria checked by your examiners is pronunciation. Pronunciation is basically the manner in which a person utters a word. In the IELTS, it is about how the candidates can be easily understood. In other words, to get high scores when it comes to pronunciation, IELTS candidates should always pronounce words in the correct manner. They must also make use of proper stress and intonation. And they should also be mindful of their voice, which needs to be strong and clear.

We've been noticing a number of Filipinos who have difficulty pronouncing the letters "F" and "V". They tend to pronounce "F" as having a "P" sound, and have the habit of making the "B" sound instead of "V". With regard to the "TH" sound, some Filipinos either make a "T" sound, or make a "D" sound. Incidentally, we have discovered a video that describes what we are talking about. We're referring to the funny Mikey Bustos video tutorial on the Filipino accent. 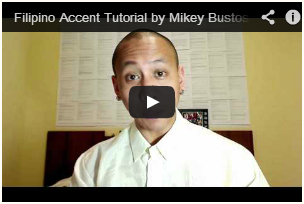 Funny and familiar, right? Well, that could be problematic when it comes to the IELTS speaking test. What if you were talking about a "fact," but because of wrong habits you instead utter "pact"? Also, what would happen if you intended to say the word "vote", but the examiner instead hears the word "boat"?

Without a doubt, your score would be adversely affected by your incorrect pronunciation of the words.

How do you correctly produce the "F," "V," and "TH" sounds? Follow these techniques.


Make the "F" sound by putting your top teeth on your lower lip and blowing air through your teeth.


You make the "V" sound by also putting your top teeth on your lower lip and blowing air through your teeth. There is however a difference. In this situation you'd also have to use your voice in addition to merely blowing air.

Here's a video that demonstrates how to do them: 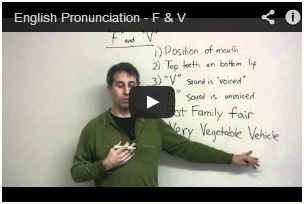 Once again, here are some videos that could help: 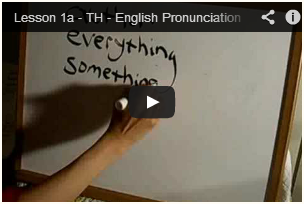 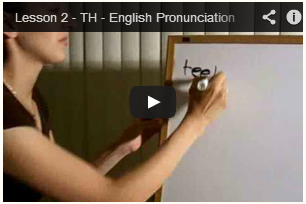 Now that you've learned how to make the "F," "V," and "TH" sounds, practice them often. You'll be on your way to improving your pronunciation.


Special thanks to our friend Joey-Joy Bach for his insights. Attribution to mikeybustosvideos, Sounds of English, JonTeachesEnglish, and JenniferESL for the helpful lessons and videos.