3 Tips for Discourse Repair and Fluency in IELTS Speaking

1. Well, let's face it. We all make mistakes. There will be times when we'd be inaccurate when it comes to some "factual" matters in our speaking test. If that happens, don't worry about it.

2. Make use of phrases such as "...or rather...," or "...I mean...," among others, if ever you find yourself stating some "factual" mistakes. Focus more on speaking fluently.

3. Finally, never mind any "grammatical" mistakes. Well of course, grammar is also important in IELTS speaking, but in this case it would be better if you rather concentrate on speaking fluently, i.e., clearly and without hesitation. Remember, fluency is one criteria your examiners check in your IELTS speaking test.

2 Tips for Summarizing and Explaining in IELTS Speaking

In the IELTS speaking test, expect that you will have to explain certain topics and summarize your ideas. Remember the following:

1. When you encounter questions that require you to explain, carefully note the task which is required of you. For instance:

2. On the other hand, when you have to summarize or conclude your statements, use phrases such as "To cut a long story short," "The point is," "In a nutshell," "To get to the point." and similar others. Phrases such as "In conclusion," "To sum up," and "In summary" are not usually recommended because they are very formal.

Next week you will get to read some tips for discourse repair and fluency in the IELTS speaking module. 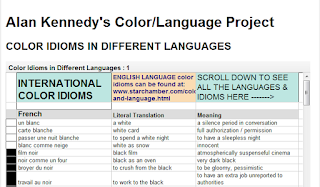 Meaning: someone who acts as if he/she knows everything--as if no one
can tell him/her anything that he/she doesn't already know

Example: I would avoid giving advice to Annie because she is a know-it-all. She won't even try to listen to anyone.

Example: Hold onto your armrests because we're going to have a bumpy ride.

Phrasal verb: get over (something)

Example: We have to prepare our documents if we intend to get over the new set of government requirements.

Email ThisBlogThis!Share to TwitterShare to FacebookShare to Pinterest
Labels: get over (something), Highpoint IELTS, IELTS, phrasal verb

Idiom: give (someone) a hand

Meaning: applaud (to show respect or appreciation for someone/something)

Example Owen spearheaded the neighborhood watch group in our village. As a result, property theft has decreased by a staggering margin from last year. Let's give him a hand!

Email ThisBlogThis!Share to TwitterShare to FacebookShare to Pinterest
Labels: give (someone) a hand, Highpoint IELTS, idiom, IELTS

Example: We cheered up when we learned that Joshua and Jenny will be having their 2nd baby.

Idiom: cost (someone) an arm and a leg

Example: My new 60" LCD TV and entertainment system cost me an arm and a leg!

Email ThisBlogThis!Share to TwitterShare to FacebookShare to Pinterest
Labels: cost (someone) an arm and a leg, Highpoint IELTS, idiom, IELTS

Example: A news flash broke in. It reported about the possible arrival of a new typhoon.

4 Tips for Comparing and Contrasting in IELTS Speaking

In part 3 of the IELTS speaking test, you will encounter questions where you'd need to compare and contrast things or situations. Here are some pointers to remember:

1. Formulate your answer by stating your opinions and reasons. Then, always make it a point to provide examples.

3. Comparative forms are used for comparing different things with each other

Example: Logging into Facebook is much more interesting than chatting in Yahoo Messenger.

4. Lastly, superlative forms are used to compare a thing with the other members of the same group

Example: I'd say that Facebook is the most popular social network in the Philippines.

Next week you will get to read some tips when you need to summarize or explain in the IELTS speaking module.

Phrasal verb: throw (something) away

Example: I threw my old car wax away when it expired.

Idiom: Step on it!

Example: Step on it! The mass will start any time and we still haven't left home.


Last week's idioms:
be used to
Cool it!
give (someone) a hand
hit the hay
Posted by Unknown at 10:00 AM

Email ThisBlogThis!Share to TwitterShare to FacebookShare to Pinterest
Labels: Highpoint IELTS, idiom, IELTS, step on it

Phrasal verb: put (something) off

Example: The school is putting off the intramurals until the new gymnasium is built.

Phrasal verb: look (something) up

Meaning: search and find information in a reference book or database

Example: Try to look the article up on her blog.

Example: Edward is still a klutz when it comes to obstacle courses. He still has to spend more time practicing.


Last week's idioms:
be used to
Cool it!
give (someone) a hand
hit the hay
Posted by Unknown at 10:00 AM

5 Tips for Narrating in IELTS Speaking

In IELTS speaking part 2, there will be questions that would require you to narrate a series of events. Today you'll see some tips for handling these types of questions. Read on.

1. In part 2 of the IELTS speaking test, you'll be given 1 minute to organize your thoughts and formulate your answers. Make short notes to address each point in the task. Considering the limited amount of time, just jot down essential information via key words and phrases. Never write complete sentences.

2. Begin to speak when the examiner asks you to. As you express your answers, you could browse (not read) through your notes. Use your notes as a guide.

3. Always remember to speak for the entire 2 minute period, or until the examiner signals you to stop.

4. Use phrases such as "To start with," "afterwards," or "In the end," and similar words/phrases, to effectively express and link your sequence of events.

5. Finally, try to relax. When you speak and you feel nervous, try to slow down so that you'd give yourself time to think.

Next week tips for making contrasts and comparisons in IELTS speaking will be posted here.

Example: Please hold on while I transfer you to Customer Service.

Example: I had a very tiring afternoon. I'd better hit the hay.

Phrasal verb: get over (something)

Example: She has just got over the flu. She'll be reporting for work in a few days.

Email ThisBlogThis!Share to TwitterShare to FacebookShare to Pinterest
Labels: get over (something), Highpoint IELTS, IELTS, phrasal verb

Idiom: give (someone) a hand

Example: Your aunt's here. Can you give her a hand with the groceries?

Email ThisBlogThis!Share to TwitterShare to FacebookShare to Pinterest
Labels: give (someone) a hand, Highpoint IELTS, idiom, IELTS

Example: This pro detailer always checks out the car for paint defects before he starts to detail it.

Email ThisBlogThis!Share to TwitterShare to FacebookShare to Pinterest
Labels: check (someone or something) out, Highpoint IELTS, IELTS, phrasal verb

Example: Lucas does not need to be so upset. He should just cool it!

Example: Lia refused to break up with Mateo even when she discovered his secret.

Idiom: be used to

Meaning: be accustomed to; not uncomfortable with

Example: I'm used to getting up early. I easily get things done if I start them in the morning.