3 ways to use parallelism in IELTS writing 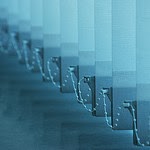 Here's one tip that you could use to show your skill in writing.

Make use of parallelism. Parallelism in grammar is known as the balance of two or more similar words, phrases, or clauses. In the IELTS, parallelism is important because it could help you demonstrate your understanding of coherence and cohesion as well as the grammatical range and accuracy of your writing task.

To see parallelism in action, we invite you to read an excerpt of President Benigno S. Aquino III’s recent speech after he signed four legislative measures on June 21, 2011. Note how the same grammatical structure of the clauses was maintained. Thus:


So how do you use this technique?

1. Retain the grammatical form of the words contained in a series or list.

"The energy, the faith, the devotion which we bring to this endeavor will light our country and all who serve it."

(The words in italics are all nouns.)


2. Maintain the same grammatical structure of the connected clauses and phrases.

"Let every nation know, whether it wishes us well or ill, that we shall pay any price, bear any burden, meet any hardship, support any friend, oppose any foe, to assure the survival and the success of liberty."


3. Allow verb tenses in a sentence to stay the same.

"Let both sides seek to invoke the wonders of science instead of its terrors. Together let us explore the stars, conquer the deserts, eradicate disease, tap the ocean depths, and encourage the arts and commerce."

(The verbs in italics are in the present tense.)


Attribution to President Benigno S. Aquino III for his June 21, 2011 speech, to President John F. Kennedy for his inaugural speech on January 20, 1961, and to the Los Angeles Valley College for its article entitled "Parallelism".
Posted by Unknown at 11:36 PM