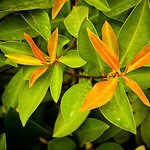 In Task 1 of the Academic Writing Module, you could be asked to describe a process. In such a case, one technique we could share is for you to use the passive voice. In the passive voice, the subject is the recipient of the action and it essentially centers on the events that happen to the subject.

To see how the passive voice is used in describing processes, we invite you to read an excerpt of a Wikipedia article that informs us about the chemical process of photosynthesis. Thus:


"Although photosynthesis can happen in different ways in different species, some features are always the same. For example, the process always begins when energy from light is absorbed by proteins called photosynthetic reaction centers that contain chlorophylls. In plants, these proteins are held inside organelles called chloroplasts, while in bacteria they are embedded in the plasma membrane. Some of the light energy gathered by chlorophylls is stored in the form of adenosine triphosphate (ATP). The rest of the energy is used to remove electrons from a substance such as water. These electrons are then used in the reactions that turn carbon dioxide into organic compounds. In plants, algae and cyanobacteria, this is done by a sequence of reactions called the Calvin cycle, but different sets of reactions are found in some bacteria, such as the reverse Krebs cycle in Chlorobium. Many photosynthetic organisms have adaptations that concentrate or store carbon dioxide. This helps reduce a wasteful process called photorespiration that can consume part of the sugar produced during photosynthesis."


Observe how the events as mentioned in the stages focus on the subjects of the highlighted sentences. Notice likewise how the paragraph appears more formal and non-subjective.

To sum up, when describing processes or procedures, you should write in a formal tone. To do this, one of the things we suggest is the use of the grammatical construction called the passive voice. Not only does this make your work have an impersonal tone, but it also highlights each step or stage of the process you're describing.
Posted by Unknown at 6:53 PM